Alkali Boil Out of Steam Boilers 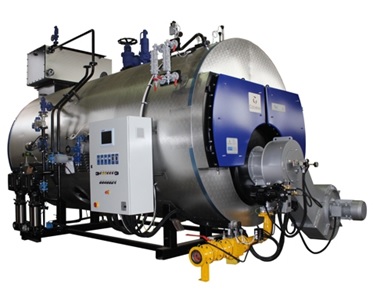 A boil-out procedure should be performed prior to placing the boiler into service when:

This procedure is important not only to improve the thermal efficiency of the unit, but more importantly, to improve the boiler’s reliability. Oily films, mill scale, and other organic com­pounds will carbonize (form coke) on the heat transfer surfaces, impeding heat transfer and resulting in tube failures.

A systematic approach is required in preparing any new or reconditioned boiler for service. Loose debris, oil, grease, and paint must all be completely removed prior to bringing the unit on-line. Failure to do so can result in tube failures and turbine damage because these materials insulate the heat transfer surfaces and increase the metal temperature, resulting in tube failure.

Debris — Loose debris and foreign matter can accumulate in a boiler during shipment, erection, or reconditioning. If not removed, this material results in tube plugging and failure on the waterside and restricted gas and air flow problems on the fireside.

Oil, grease, and paint — These impurities, if not removed, bake onto the boiler tubes, causing tube overheating and eventual failure. Oil and grease can also cause boiler water foaming, which results in carryover of solids, leading to superheater and turbine deposition.

It is just as important to have the cleanest heat transfer surfaces in the boiler at start-up as it is during actual operation.

Most manufacturers of medium- to high-pres­sure boilers recommend procedures for pre-startup boil-out. Follow their procedures without exception.

Additionally, the normal sight glass should be replaced with a temporary glass before the boil-out starts because the solution in the boiler will be highly alkaline, and the sight glass will become etched.

Prior to the actual chemical boil-out of the waterside, flush all loose debris from the feedwater and boiler equipment with clean service water.

An alkaline boil-out, normally used to remove contaminants, removes the protective coatings applied during construction, plus any oil or grease that accumulated during erection, instal­lation, or repair. The boil-out should be a type that provides the greatest detergent, emulsifying, and dispersing action possible.

Even after boil-out is complete, small amounts of iron oxide corrosion products and mill scale are present in the boiler. Most boiler manufac­turers recommend that acid cleaning for the removal of these deposits be delayed a short time until operations at fairly high capacities have carried all loose scales and oxides from the feedwater lines to the boiler. During the initial operation and before acid cleaning, the boiler should be operated at a higher than normal blowdown rate so that the suspended solids entering the boiler will be removed. Addition­ally, the practice of bottom blowdown should be applied where possible. It should be kept in mind that some boilers are not designed for bottom blowdown.

Mill scale is the formation of thin sheets of iron oxide that forms during the manufacture of the tubes. This material is not adequately removed during an alkaline boil-out and is more com­pletely removed with acid cleaning.

SALE PRICE: use "50SALE" when you order online training courses from our Shop to get a 50% discount on every course. Dismiss