Preventing Legionella contamination and Legionnaires’ disease outbreaks in the UK 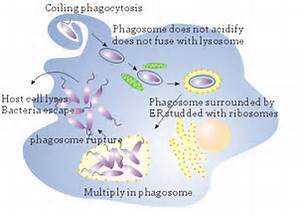 In November 2019, two Birmingham business owners were sentenced to 12 weeks in prison for failing to control for Legionella in their building’s cooling tower.[i] Legionella is bacteria that can cause Legionnaires’ disease—a pneumonia that kills 1 in 10 infected people.[ii] This lack of Legionella protocol could have resulted in serious and potentially fatal consequences for the employees of the business, as well as Birmingham residents. Additionally, the outbreak caused significant negative media attention and fines for the business owners.

In the UK, the Health and Safety Executive mandates that every cooling tower must have a Legionella management program that includes weekly dipslide and quarterly culture testing. These regulations have enabled UK to become the leader in Legionella prevention. However, there are still hundreds of reported Legionnaires’ cases in the UK each year. For example, 9 people were hospitalized after contracting Legionnaires’ disease from Legionella bacteria that was traced back to a health spa in Bournemouth in July 2019.[iii]

One reason for these continued outbreaks is that the existing testing methods are too slow or inaccurate to rapidly identify Legionella contamination. Legionella culture testing is slow, taking up to 2 weeks to generate a result. It can also be inaccurate. A study published in the Journal of Water & Health found that more than 62% of Legionella bacteria die in shipping to the lab.[iv] Additionally, the United States’ Centers for Disease Control and Prevention (US CDC) found that Legionella culture testing underestimates the true amount of Legionella bacteria by 17-fold.[v]

Traditional on-site testing methods such as dipslides and lateral flow tests also have their drawbacks. For example, dipslides do not distinguish between Legionella and other bacteria and lateral flow tests are not quantitative.[vi] This means that facilities managers cannot use these tests to make informed decisions because there are action levels for water treatment depending on the amount of Legionella in a water sample.

After decades of continued Legionella deaths, the Legionella and water safety industry has innovated to finally find a solution. A North American company has developed the first on-site qPCR test that provides accurate quantification of live Legionella bacteria from a water sample in 45 minutes. Frequent testing of water sources such as cooling towers, humidifiers and domestic hot water systems has the potential to quickly identify Legionella contamination and allow facility managers to treat the problem in real time. Unlike off-site laboratory qPCR tests that may detect free-floating DNA from dead bacteria, the on-site test has proprietary technology that allows it to detect the amount of living Legionella bacteria.

quantitative Polymerase Chain Reaction (qPCR) is a Nobel Prize-winning chemistry that collects data during PCR amplification by utilizing fluorescence signals emitted by either special probes or DNA binding dyes. During this process, the reaction is heated to a specific temperature, cooled to a specific temperature, heated again, and finally fluorescence signals are captured. This technique is used to make multiple copies of a DNA segment of interest, generating a large number of copies from a small initial simple. Then, the amplification of DNA segments make it possible to detect a pathogenic virus or bacteria.

For Legionella detection, the test has DNA target pieces that look for a specific region of the macrophage infectivity potentiator (MIP) gene, on the Legionella bacterial genome, which is conserved across all Legionella pneumophila serogroups and not other Legionella species. During PCR, the only part of the Legionella DNA that is being copied is that specific part of the MIP gene. The on-site qPCR test is validated according to ISO 12869 and won North America’s top innovation award for Indoor Air Quality (IAQ), as judged by the American Society of Heating, Refrigerating and Air-Conditioning Engineers (ASHRAE). The test is also being used by the top North American property management companies, data centers, healthcare organizations, hospitality groups, as well as leading public health authorities such as the US CDC. Now the on-site qPCR test is coming to the UK and is in use by innovative, industry-leading companies.

Other technologies are also coming to light, such as a roving scanning device for checking the cleanliness of cooling tower packs.[vii] This team has been developing inspection technology over the last few years, developing a remotely operated underwater vehicle (ROV) for the rapid and accurate inspection of cooling tower fill pack. This equipment is a novel means of overcoming poor accessibility in cooling towers and allows the operator to create a 3D view of the tower pack and any fouling.

Such technology will help any cooling tower user to be able to compare year on year results and also create a visual evidence of tower cleanliness. In the 21st century, the Legionella industry has a responsibility to investigate new and innovative methods for Legionella detection. There may finally be a method that can help us prevent Legionnaires’ outbreaks – on-site qPCR testing. This award-winning technology has already been proven in North America. Now, with widespread adoption, the UK has the opportunity to prevent Legionella contamination. Over time, it may even be possible to eradicate Legionnaires’ outbreaks all together.

SALE PRICE: use "50SALE" when you order online training courses from our Shop to get a 50% discount on every course. Dismiss